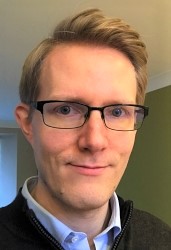 One of my main research interests concerns state support for rebel groups. My International Security article on the Congo Wars argues that rulers in post–Cold War Africa often form alliances with rebel groups abroad to alleviate threats to their political survival at home. Going beyond this article in terms of both time period and theoretical focus, my ongoing book project, “Revolutionary Sponsors,” investigates African revolutionary leaders and their support for rebel groups since independence. The research I conducted in the Democratic Republic of Congo (DRC), Rwanda, and Uganda has also resulted in an African Affairs article on status competition and the direct interstate clashes between Rwanda and Uganda in the DRC.

Another major research interest of mine is rebel group fragmentation. My International Studies Quarterly article develops a theory that explains how state sponsors foster either cohesion, fragmentation, or internal coups. It illustrates the theory with case studies of Sudanese and Lebanese insurgent groups. My forthcoming Journal of Strategic Studies article elaborates on this theory and dissects how external troop support affected rebel fragmentation in the Second Congo War. While these articles primarily ask why some groups split whereas others remain cohesive, my ongoing project on “Varieties of Insurgent Fragmentation” examines how groups split. The project was funded by the Carnegie Trust.

On this website, you can find my CV, publications, information on the courses I teach at St Andrews, and contact details.